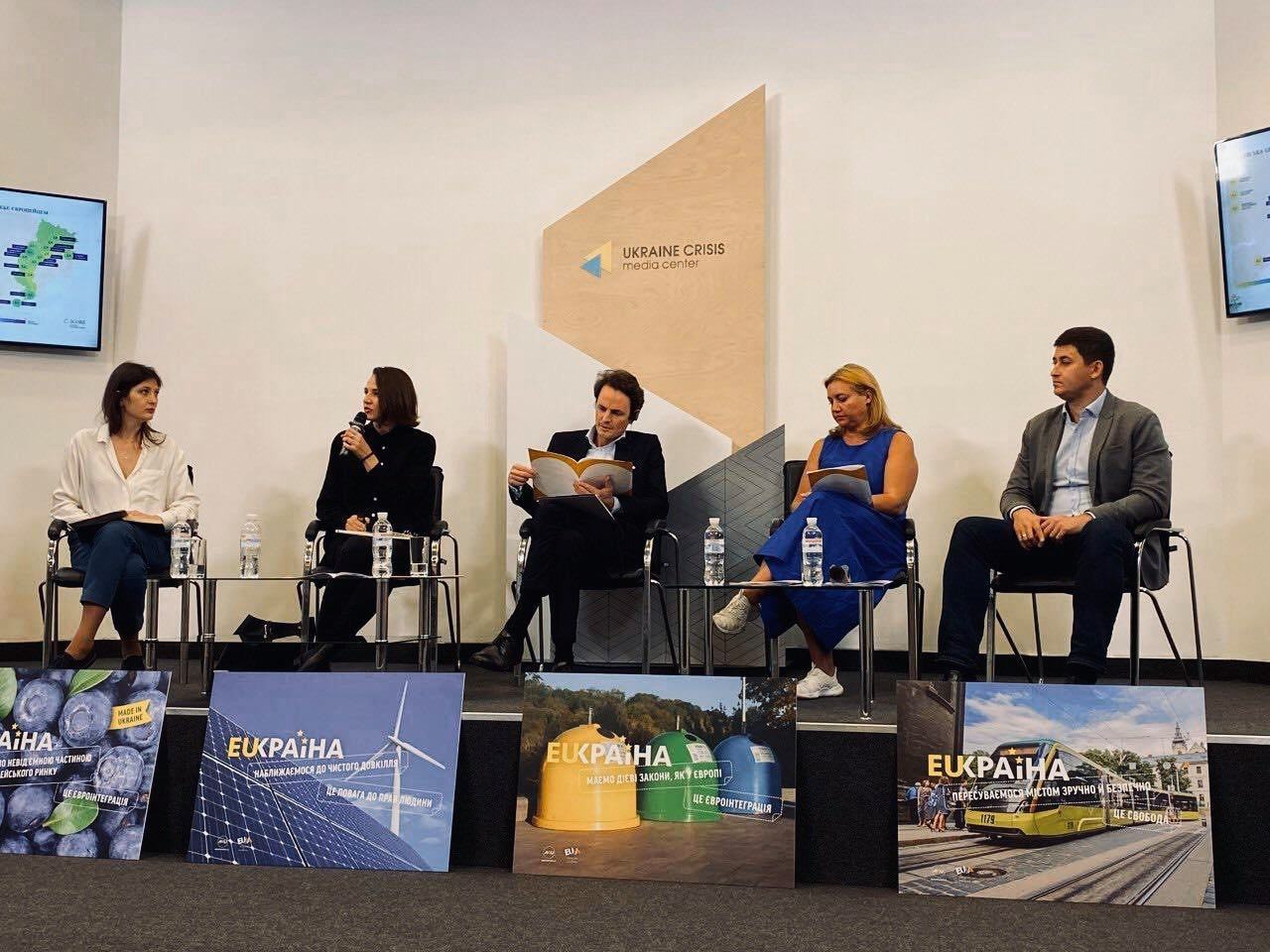 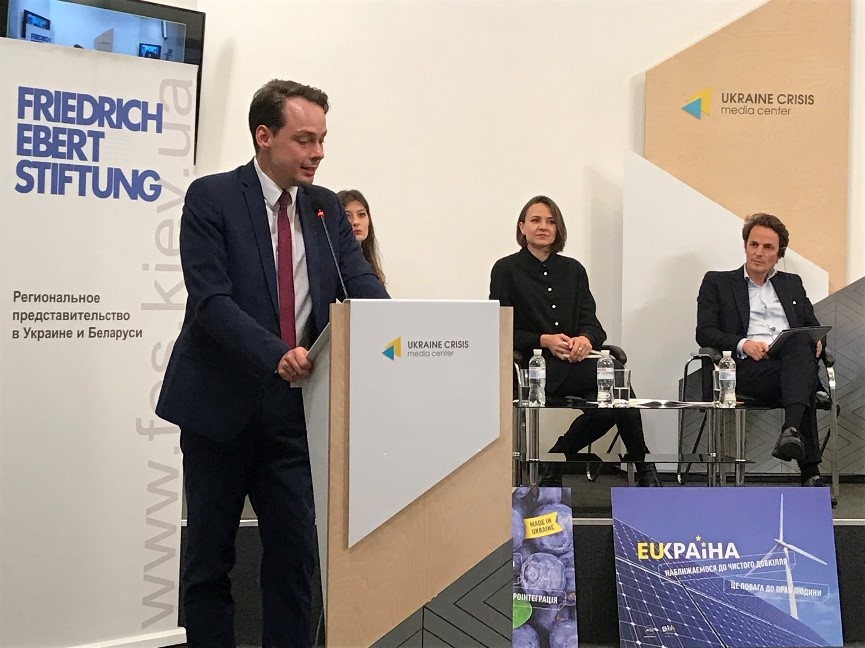 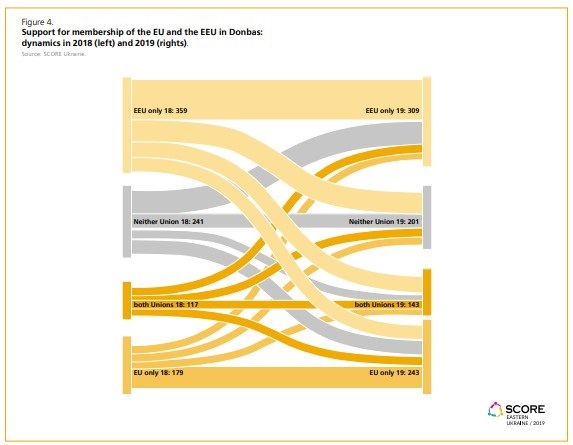 On October 20th, 2020, a presentation of the discussion paper “European Donbas: how to talk about European integration in Donetsk and Luhansk regions” took place. The Project was implemented by the Representation of the Friedrich Ebert Foundation in Ukraine in cooperation with the New Europe Center and the Centre for Sustainable Peace and Democratic Development.

The main goal of the project was to find unifying and constructive ways how to talk about European integration in the Donetsk and Luhansk regions where the topic is usually very disputed. Furthermore, light was shed on local residents’ attitudes towards the EU and what “being European” means to them.

The discussion paper is based on three sets of data: six focus groups held by the Centre for Applied Research in four cities of Donetsk Region and two cities in Luhansk Region, the findings of a survey by SCORE Ukraine and a series of research interviews with activists, entrepreneurs and opinion leaders in Donetsk and Luhansk regions.

The event was opened by Marcel Röthig, Resident Representative of the Friedrich Ebert Foundation who gave the audience an impression of how controversial the topic of European Integration in the Donetsk and Luhansk Region really is by quoting testimonials that can be found in the study. In the following, author Kateryna Zarembo, associate fellow at the New Europe Center and consultants Oksana Lemishka of SCORE Ukraine and Valery Kravchenko, director of the Center for International Security presented the study. The paper was then discussed with Fredrik Wesslau, Deputy Head of the EU Advisory Mission to Ukraine, Ivetta Delikatna, Representative of the Association4U, Svitlana Ahadzhanian, project coordinator at the NGO “Ukraine of opportunities” and Inna Semenenko of the Volodymyr Dahl East Ukrainian National University.

The study showed that when discussing European integration, local residents take a very pragmatic approach, focusing mainly on the effects and benefits of possible reforms for their livelihoods. But all panelists agreed that to successfully promote European integration a simple and clear presentation of the EU and the benefits of integration from a single voice are necessary, and that NGOs play a crucial role in diffusing European values. At the same time, successful communication should not hesitate to openly address fears and difficult questions. During the discussion it was also pointed out that reforms promoted by the EU are welcome, a successful communication campaign should react to the question “What is European integration for Ukraine and where does it stand in relation to other state priorities”, which has not yet been addressed to the Ukrainian public.

The Representation of the Friedrich Ebert Foundation in Ukraine expresses its sincere gratitude to the partners and everyone who took part in the project, as authors, moderators and participants.

Link to the full text of the document:

Link to the recording of the presentation on October 6th, 2020: