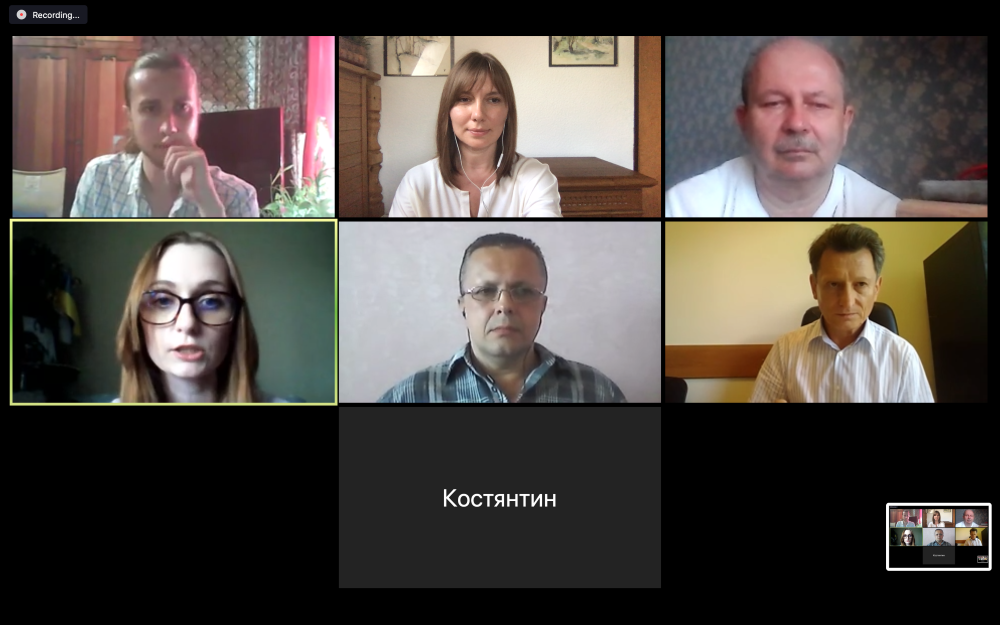 The online discussion called: "Concerns everyone: threats of the new draft "On Labour" took place on July 2, 2020. The event was jointly organized by the Confederation of Free Trade Unions of Ukraine (KVPU) and the Representation of the Friedrich Ebert Foundation in Ukraine. Main speakers were Mykhailo Volynets, Chairman of the KVPU, Member of the Parliament of Ukraine; Volodymyr Davydenko, Head of the Legal Service of the KVPU; Olesya Bryazgunova, International Secretary of the KVPU, Georgy Sandul, Director of the NGO "Labor Initiatives"; Serhiy Kondryuk, expert, assistant-consultant of M. Volynets.

During the discussion, lawyers and trade unionists analyzed possible changes to the labour legislation of Ukraine and the threats that will be faced by employees in the event of the adoption of the relevant bill. The speakers unanimously expressed the opinion that the proposed changes to the current labour legislation will negatively affect the position of workers by narrowing their rights and social guarantees, significantly limit the activities of trade unions and allow employers to single-handedly and unjustifiably dismiss employees. In addition, the participants stressed that the legislative changes in question and certain provisions of the new draft laws concerning the sphere of labour in Ukraine contradict the Constitution of Ukraine and a number of international treaties to which Ukraine is a party, including some ILO Conventions as well as the Association Agreement between Ukraine and the European Union.