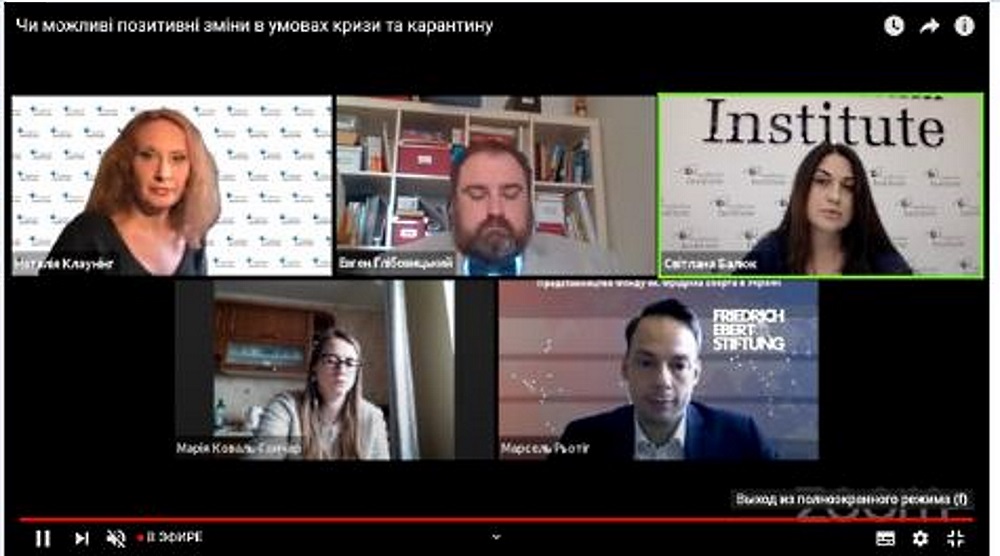 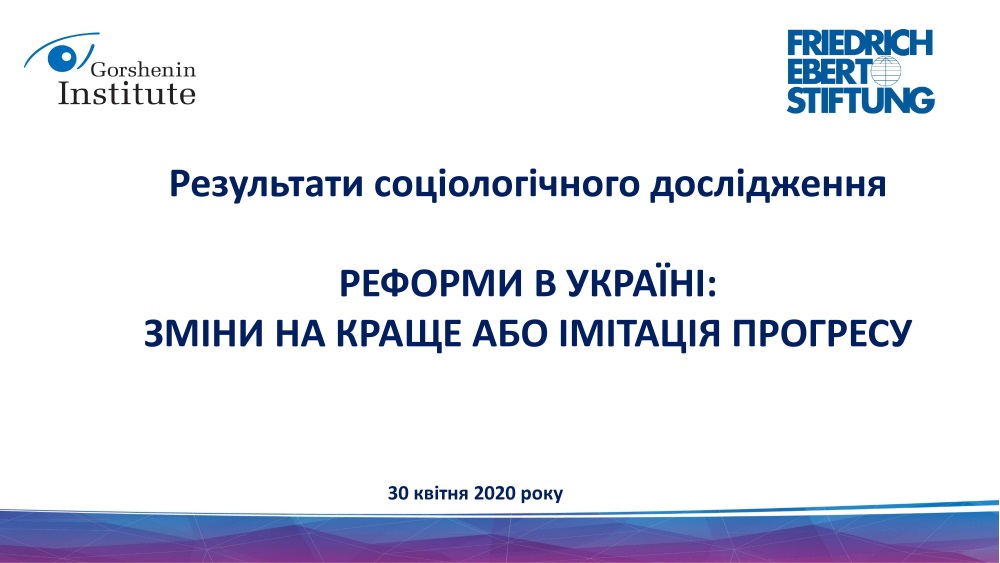 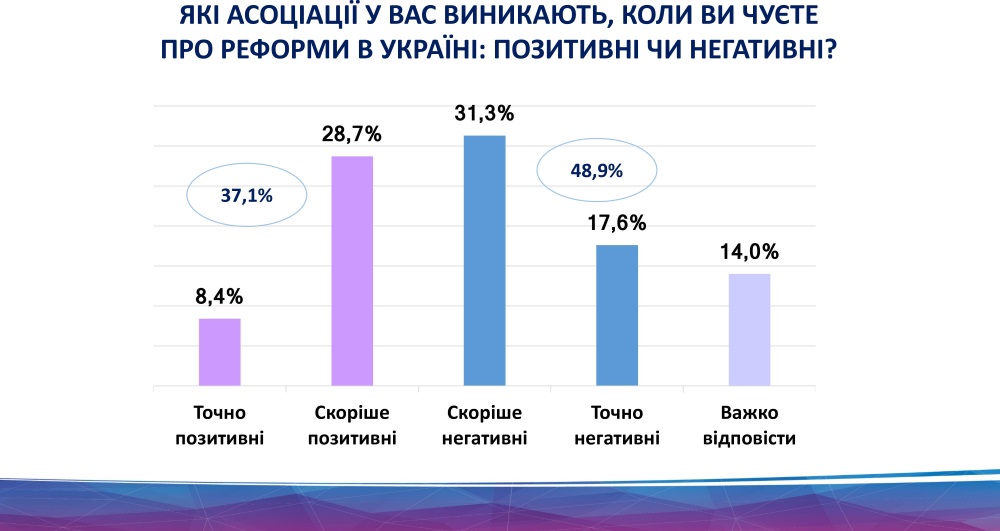 Ukraine is currently undergoing a large number of reforms: local government reform, health care reform, anti-corruption, and land reform. At the same time, despite significant efforts by the authorities to implement and promote these changes, almost half of Ukraine's population (48.9%) have negative associations with the reforms. These results were obtained in a research conducted by the Representation of the Friedrich Ebert Foundation in Ukraine in cooperation with the Gorshenin Institute in September-December 2019. The study was presented to the public on May 7, 2020, during an online round-table "Reforms in Ukraine: Possible Positive Changes in the Conditions of the Economic Crisis and the Quarantine?"

The study showed that 51.5% of the population of Ukraine believe that it is possible to carry out reforms and raise social standards simultaneously. Also, 61.2% of respondents are not ready to endure temporary financial difficulties for the success of reforms.

According to the citizens of Ukraine, a strong leader is needed to implement reforms in Ukraine (41.4% support this option). They also mentioned an appropriate legal framework (34.2%), the political will of the state leadership (33%), and well-established work of the authorities (30.9 %). Yevhen Hlibovytskyi, strategist, member of Nestor and Univska expert groups, commented on the results. According to the expert, people's opinions on reforms are a reflection of the attitude of the population to the government and inherited rules and institutions from Soviet times.  Hlibovytskyi noted that the population of Ukraine continues to treat the state as a totalitarian or potentially totalitarian system. That is why the people of Ukraine would like to have a weak state that would not pose any threat to them. Public opinion in Ukraine is marked with polarization. On the one hand, people prefer paternalism, and on the other hand, people fear that state institutions may harm them. According to the strategist, general unpreparedness or rejection of reforms also strongly correlate with the feeling of security. The lower the level of expected threats is, the higher the society's readiness for reforms. If a government is not accountable when implementing reforms, this adds even more anxiety. At present, additional challenges have emerged in the Ukrainian society in the form of the coronavirus epidemic and the economic downturn. These factors must be taken into account by the authorities when planning and implementing subsequent reforms, as the factors mentioned above present another blow to the already traumatized consciousness of Ukrainians.

You can get acquainted with the full text of research at this link:

The recording of the online roundtable is available at this link: www.youtube.com/watch